IT’S ALL KICKING OFF

In its biggest awareness driving campaign ever, the FA used the start of the 2021/22 Barclay’s Women’s Super League season to focus on the growth of the women’s game.

We wanted to move away from it being a league that people feel they should watch out of a sense of charity or obligation, to making it an active choice because of the high-octane passion, skill and electrifying entertainment value.

By enlisting its biggest stars, the film showcases the competitiveness of the Super League.

Set on a typical photography shoot, the scene descends into mayhem when a football is introduced and an impromptu game suddenly kicks off. Cue smashed lights, balls to the face and tables destroyed as the melee ensues. 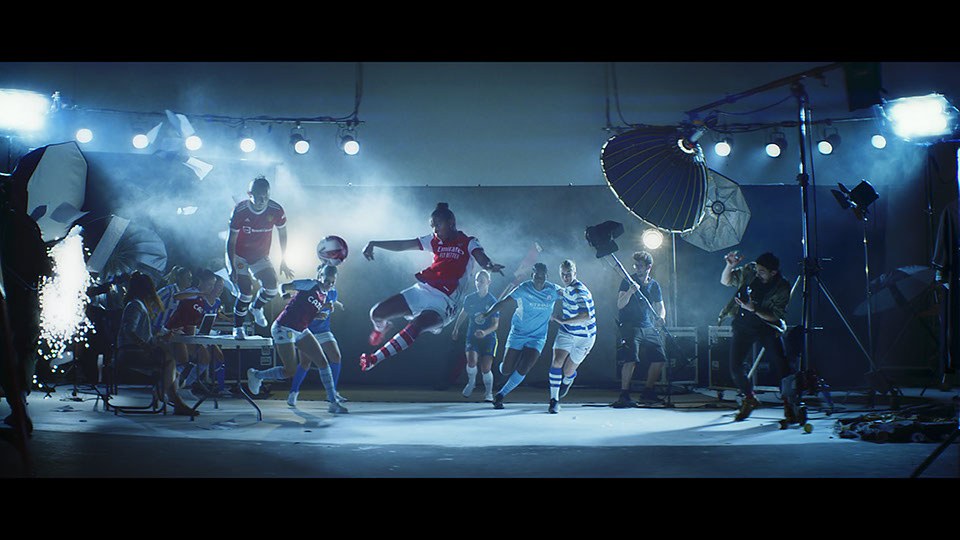