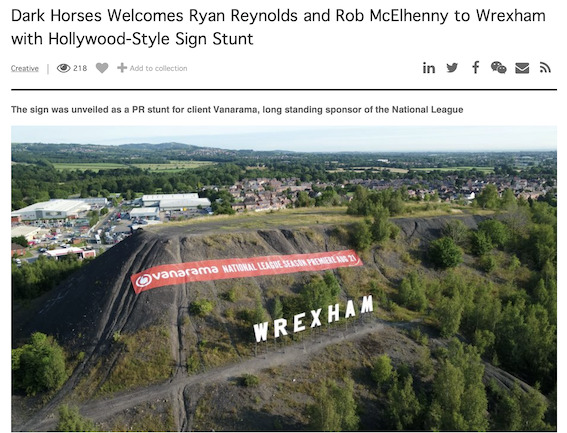 After a week of mystery, media speculation and frenzied social media chatter around the Welsh town of Wrexham, Vanarama finally took responsibility for erecting a Hollywood style sign that appeared on the Rhostyllen slag heap, outside the town on Sunday night. The vehicle leasing company admitted it was all a stunt created in collaboration with its creative agency Dark Horses.

Last year the town’s football club, Wrexham AFC was bought by Hollywood stars Ryan Reynolds and Rob McElhenny who have just started shooting a documentary for Netflix, following the club’s fortunes this season. Dark Horses saw the opportunity to play on the intrigue around the Tinsel Town twosome and the start of the new football season by bringing some of the glitz and glamour of Hollywood to the Welsh town with a mystery PR stunt. 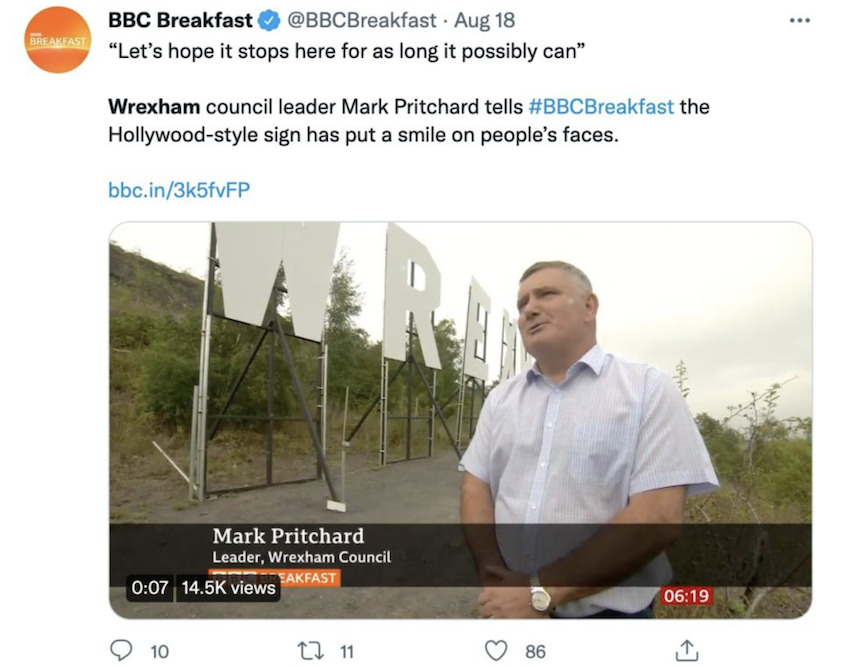 Vanarama is the sponsor of the National League, in which Wrexham play, and the new season kicked off on Saturday 21st August. At a time when superstar signings, and incredibly big money moves dominate the footballing narrative, Dark Horses saw this moment as the perfect time to deploy the stunt and deliver Vanarama’s message of support for the National League and excitement ahead of the new season.

On Sunday 15th August the mysterious ‘Wrexham’ sign appeared above the Welsh town, stirring up a frenzy of organic chatter both on the streets of Wrexham and on social media, with images of the sign being shared all over. 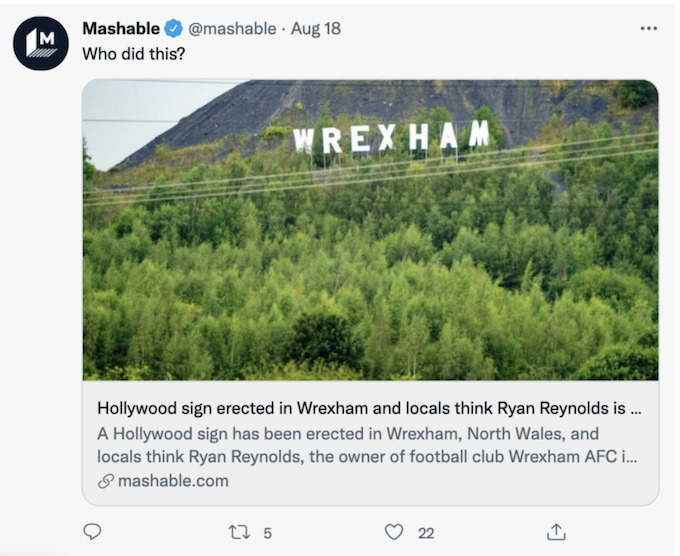 From Monday 16th a media storm then erupted questioning who was responsible? Was it Reynolds and McElhenny, was it the club themselves, was it the local council, or was it aliens even?

Finally, on Friday 20th August, as the intrigue reached its crescendo, Vanarama revealed an even bigger banner on the upper slopes of the slag heap, reading ‘VANARAMA NATIONAL LEAGUE SEASON PREMIERE AUG 21’ and claimed ownership of the stunt, one day before the first game of the season. 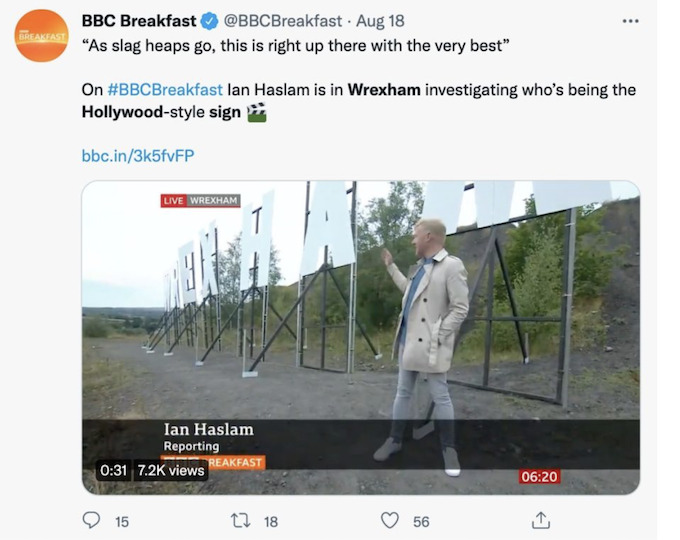 Steve Howell, ECD at Dark Horses, said: “The National League has suffered probably more than any other tier in football since the start of the pandemic. But as crowds return to stadiums we wanted to bring attention to the lower echelons of football and get people talking about the start of the season, by playing off the added interest one club in particular has recently garnered. And you never know, maybe the sign could become a permanent feature of the Welsh landscape.”

Andy Alderson, CEO at Vanarama, said: “Ahead of the new season we wanted to create a campaign that gets people talking and also shine a light on the magic of non-league football as the exciting new season begins. We’re exceptionally proud to be the longest standing sponsor of any football league in the UK. So much football news is dominated by outrageous money and player transfers, that we are proud to have helped get a slag heap in north Wales onto both the front and back pages. ” 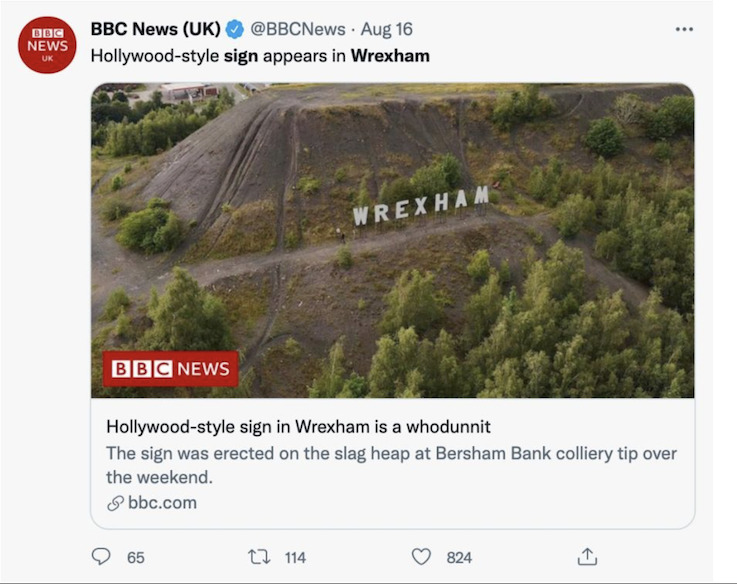