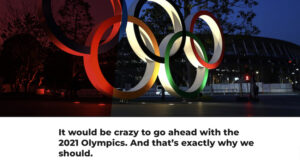 ‘Now more than ever, humanity needs to be reminded of what we are capable of…’ writes Matt Readman.

Matt Readman is currently Chief Strategy Officer of sports creative agency Dark Horses. He has over 15 years experience in sport, working with brands like Nike and Lucozade as well as for tournaments like the Six Nations, Ryder Cup and The Olympics…

Earlier this year Matthew Pinsent – who knows a thing or two about the Olympics – called the idea of thousands of people from around the world coming together during the worst pandemic in 100 years for the purposes of sport “ludicrous”.

On paper it’s hard to argue with the four-time gold medalist. Although Japan has been mercifully spared the pain that most European countries have faced, cases have been on the rise in 2o21. Tokyo hospitals are creaking and vaccination plans are well behind those in the UK. A poll at the beginning of this year showed that a staggering 80% of Japanese residents don’t want the games to go ahead as planned.

They’re right to be fearful. We know how fast this virus can spread. In the UK we saw the carnage reaped by just 1,300 overseas visitors. Even without international fans the Olympics requires over 15,000 athletes, coaches and staff to descend on Tokyo, carrying all their javelins, bikes, boats and variants with them.

Sport sceptics – who see the Olympics as just another event in an already unnecessarily crowded sporting calendar – will view even debating this as totally absurd.

Cynics will gleefully look to undermine the moral high ground the Olympics has always claimed to sit on, pointing out the escalating debt and commercial side of the games as the true motivating factors for trying to proceed.

Pragmatists will say the risk is too high, the logistics too complex and that the world can live without the Olympic Games this year.

And perhaps this time they are right? The threat is undeniably real. There are bigger things in play that actual ‘play’ itself. It makes no sense to go ahead.

But the thing is, being an Olympian makes no sense either. Imagine sacrificing everything to focus for four years on a single task – putting yourself through unbelievable pain and suffering to have one shot to stand in front of the world and show what you can do.

People are willing to dedicate their entire lives to this precisely because the Olympics isn’t just another sports event. Athletes don’t get tattoos of the Olympic rings for commercial reasons. And many would gladly waive the health risks to have their one shot at competing.

They do it because the Olympics are a shared fiction that the vast majority of the world’s citizens still buy into it. It matters because we believe it matters. It is the ultimate representation of what humans can achieve when we’re faced with seemingly insurmountable challenges and barriers.

The Olympics was built on this philosophy – Citius, Altius, Fortius – faster, higher, stronger. It is the world’s greatest showcase of what humans can do when we push ourselves to new heights. I’d argue that now more than ever, humanity needs to be reminded of what we are capable of.

In 1980 the WHO announced that humanity had eradicated Small Pox. The first and only time man had wiped a disease from the face of this earth. It is considered one of our greatest ever achievements; but surely what’s happening now rivals that? We can criticise leaders and we can condemn vaccine nationalism, but look at what humanity as a whole has achieved:

We have created multiple working vaccines from scratch in less than 12 months. We have started the marathon effort to inoculate the world’s 7.6billion population. We have found a way to survive (and even in some cases thrive) when our whole social structure has changed overnight. Humans are fallible but humanity is phenomenal.

I’m not naive about the world’s problems or blind to the darker side of what humans are capable of. Nor am I a disciple of modern ‘boosterism’. But I do side with esteemed minds like Bill Gates and Stephen Pinker when I see human progress creating a better, safer and yes even cleaner world.

I was once lucky enough to work with the IOC (International Olympic Committee) and beyond the sponsors and the politics there is something undeniably pure in the mission to Celebrate Humanity.  The games hero the people who will go to insane lengths to achieve things never done before. Without people like that we’d all still be living in caves.

It might be only athletes travelling to Tokyo this year, but those athletes fly the flag for humanity: the scientists who shunned teenage parties to end up leading vaccine programmes, the health workers who have risked their lives to keep us safe, the unsung heroes who have kept homes and economies going and every one of us that has gone through personal sacrifice this year for the sake of our fellow man.

This year more than ever we need the Olympic Games and I hope that humanity can triumph once again to make a success of them. 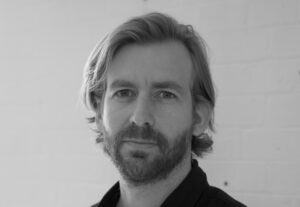