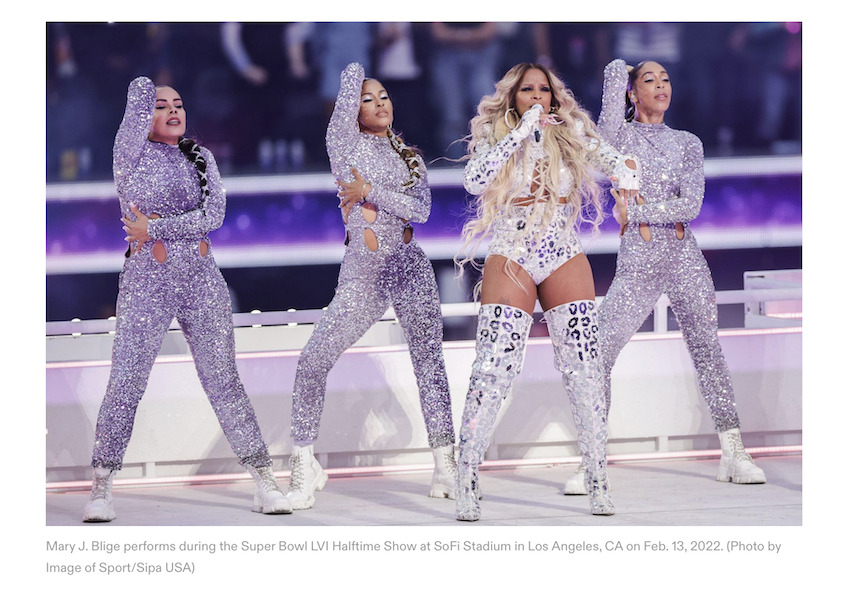 The dust has settled after another epic Super Bowl in the States. The Rams claimed their second title in a thrilling game against the Bengals. Everyone’s still talking about that halftime show. But what about the ads? Who were the winners and losers this year? We get some analysis from Josh Pearce, creative director at Dark Horses, a London-based creative agency specialising in sports.

The Super Bowl is the Christmas before Christmas for the advertising industry. It is a festival of flogging products to tipsy Americans as they nibble their way through their big game snacks. Every year, we ad nerds are treated to big, bold and brilliant campaigns packed with famous faces. This year is no different. Despite having absolutely no FOMO in regards to being at the game itself, there are plenty of spots that we wish we made and some we’re kinda glad we didn’t. Here are some of them.

This year saw the battle of the robot dogs, with both KIA and Samuel Adams opting to use robotic K9s to peddle their wares. Both took very different approaches. KIA went down the emotional storytelling route, with a doe-eyed dog droid chasing after one of their electric vehicles. Samuel Adams, on the other hand, teamed up with the nerds at Boston Dynamics to create an ad that saw a pair of soon-to-be-sacked security guards getting ratted on tins and dancing with some deeply unsettling mechanical dogs. We would have loved to have seen the KIA/Sam Adams dogs take each other on in a BattleBots style fight to the death.

Hellmans’ ‘Mayo tackling food waste’ is on the nose, and we’re completely here for it. The spot sees former linebacker, Jerod Mayo, tackling people wasting food. You can imagine pitching this idea was one of those beautiful moments where the creative team sold the entire campaign in a single sentence, then walked out to the sound of their Unilever clients whooping and hollering. The only slightly weird thing is the addition of everyone’s favourite Lothario, ol’ Casa-no-vitamin D himself, Pete Davidson – whose ghost-like complexion is freakishly similar to a blob of mayonnaise.

The Planet Fitness spot demonstrates the transformative power of exercise, with none other than the star of Herbie: Fully Loaded, Lindsey Lohan. The film is packed with well-crafted, self-deprecating vignettes that bring a smile to your face. There’s even a sprinkling of celebrity cameos including, William Shatner, Danny Trejo and Kim Jong Un’s best bud for life, Dennis Rodman. The end-line “Feel Fitacular” left an eggy aftertaste, but the rest of the ad made up for it.

Vroom’s all-singing-all-dancing film saw a woman experiencing the joy of selling her car, only to find out that the buyer pulled out. But low-and-behold, Vroom was there to save the day. It’s simple, it communicates the product clearly, but it does feel a bit like a Wish.com version of La La Land.

Pringles brought some superb silliness to the Super Bowl with a film that saw a man living life with a Pringles tube stuck on his arm. What’s not to love? It’s one of those ads that you can’t help but feel impressed that the agency managed to sell the concept in – with the ad effectively being centred around a product design flaw. There’s nothing more terrifying in life than getting a tube stuck on each of your arms and the fact they’ve delicately manoeuvred around this horror to make a funny film must be saluted.

Michelob Ultra’s spot, Superior Bowl, channelled big Big Lebowski vibes taking us on an effortlessly cool trip to the local bowling alley. Peyton Manning led an all-star cast including Steve Buscemi, Brooks Koepka, Jimmy Butler, Nneka Ogwumike, Alex Morgan and Serena Williams as they bowled their socks off to “Showdown” by Electric Light Orchestra. What’s most impressive about this film is that none of the stars needed the barriers up or those little metal ramps that you push the ball down. Or if they did, it was removed excellently in post.

Squarespace went big for the big occasion with our pick of the bunch. The film saw Zendaya playing Sally, a seashell salesperson and budding entrepreneur, struggling to shift her product until she created her very own website using Squarespace. As soon as she took her business online, it began to boom. Having binged Euphoria solidly all weekend, it’s hard to separate Zendaya from her Euphoria character, Rue Bennett. And it made this film feel like one of Rue’s big drug-fuelled trips, but narrated by everyone’s favourite OutKast, André 3000.

Also, big up to the creative team who effectively wrote a 60-second tongue twister that they would have read countless times to countless stakeholders in high-pressure client presentations. Bravo.

This article was written by Josh Pearce, creative director at Dark Horses, a London-based creative agency specialising in sports.