Uefa sponsor Just Eat set up a pop-up tattoo parlor at Wembley during England‘s victory on Sunday to combat the issue of waste produced in top-level games. 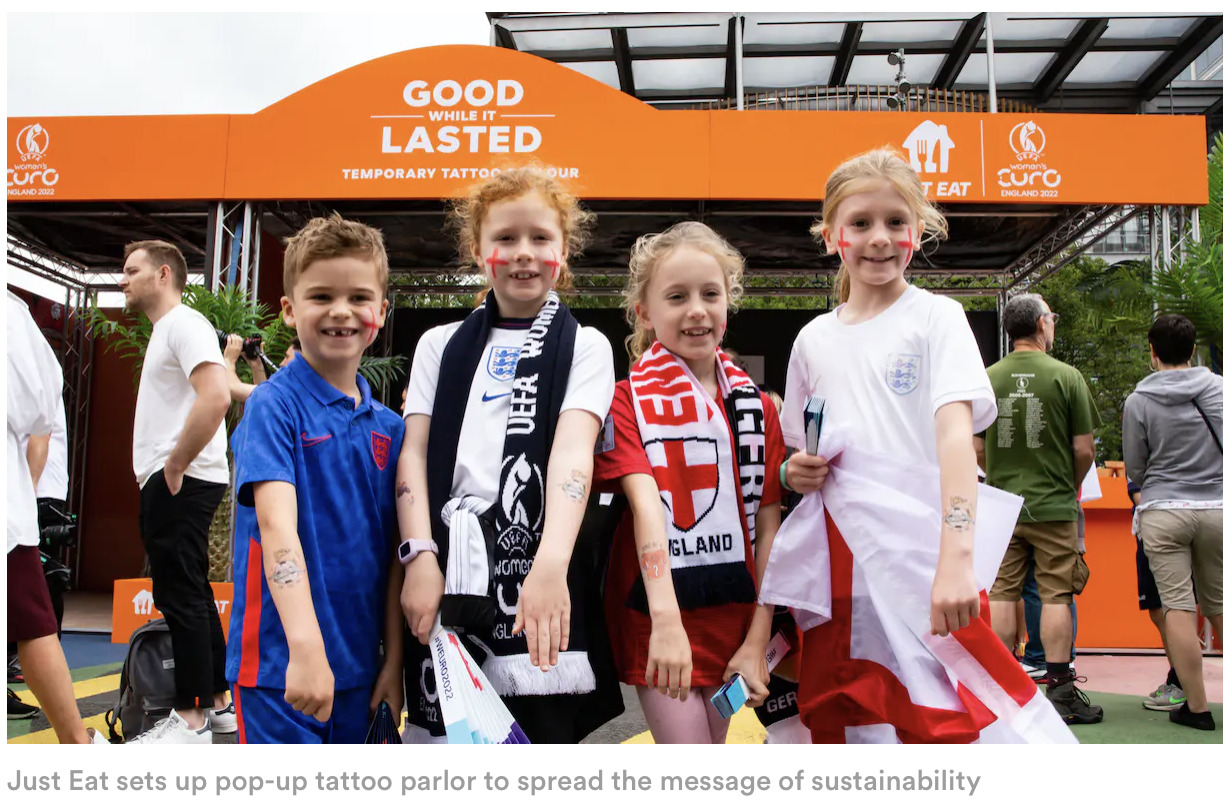 The ink-shop was set up by Dark Horses aimed to promote Just Eat‘s ‘Good While it Lasted’ packaging, provided by Nopla, which was used at concession stands during Sunday’s Uefa Women’s Euros final. The biodegradable packaging can break down within 4 to 6 weeks as it’s lined with seaweed instead of plastic. 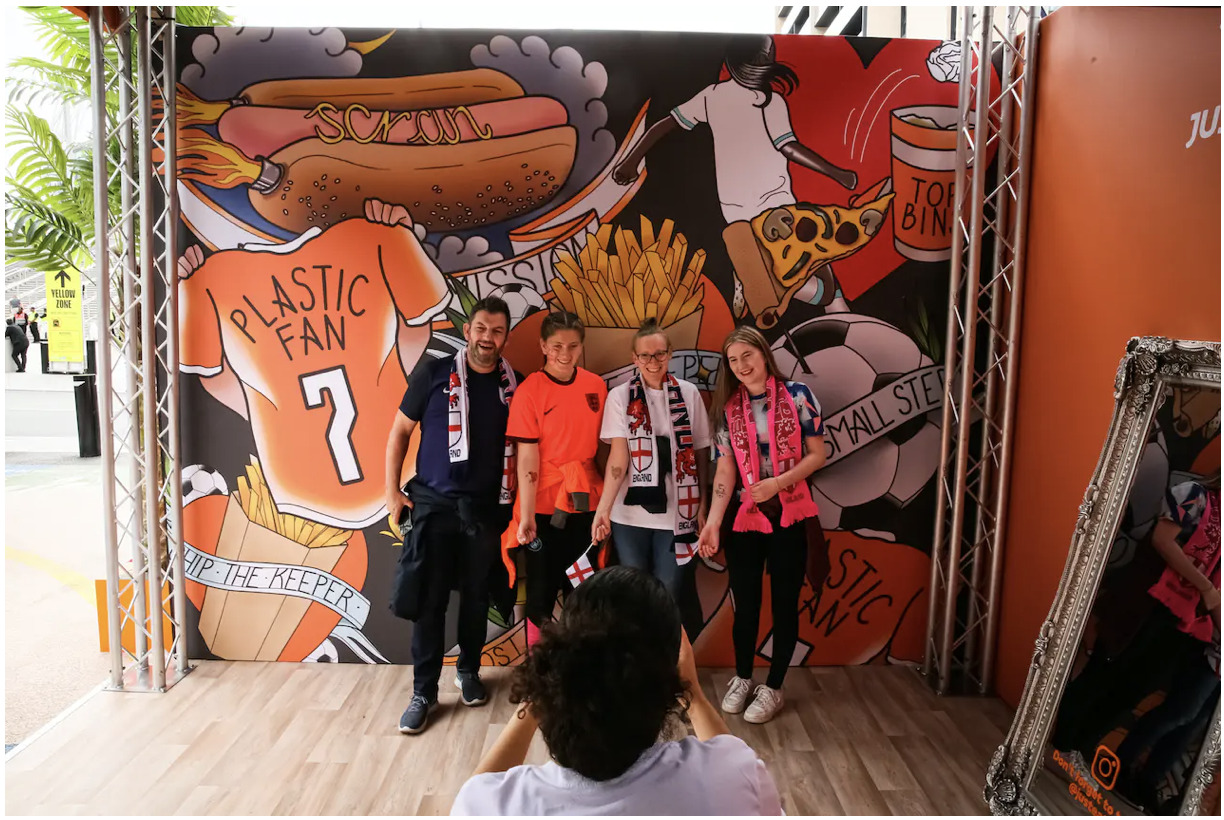 Zelem offered a lucky follower a chance to come down to the parlor and win tickets to the final for them and a friend.

Fans were able to choose from six designs, including a footballer kicking a scrunched-up ball of paper into a bin labeled ‘top bins’, chips within a heart surrounded by footballers with the caption ‘chip the keeper’ and a football shirt stating ‘don’t be a plastic fan’. The tattoos left a temporary mark on fans which would fade in a week.

As per Just Eat, top-level games can produce seven tons of waste, mostly from food and beverage packaging.

Marijn Vredendaal-Luchtman, global head of sponsorships at Just Eat Takeaway.com, said: “Not everything in football should last forever, especially food packaging, ‘It’s good while it lasted’ is a step in the right direction to a cleaner planet and environment. We wanted to connect with football fans while spreading this message, the temporary tattoos were a perfect way to tap into fan passions whilst solving the problem and spreading awareness of sustainable waste disposal.”

Steve Howell, executive creative director at Dark Horses, said: “It’s crazy how much waste is produced at top-flight matches. To show there are ways we can be much more sustainable, we wanted an idea that would really resonate with the predominantly family audience we knew would be attending the final.”