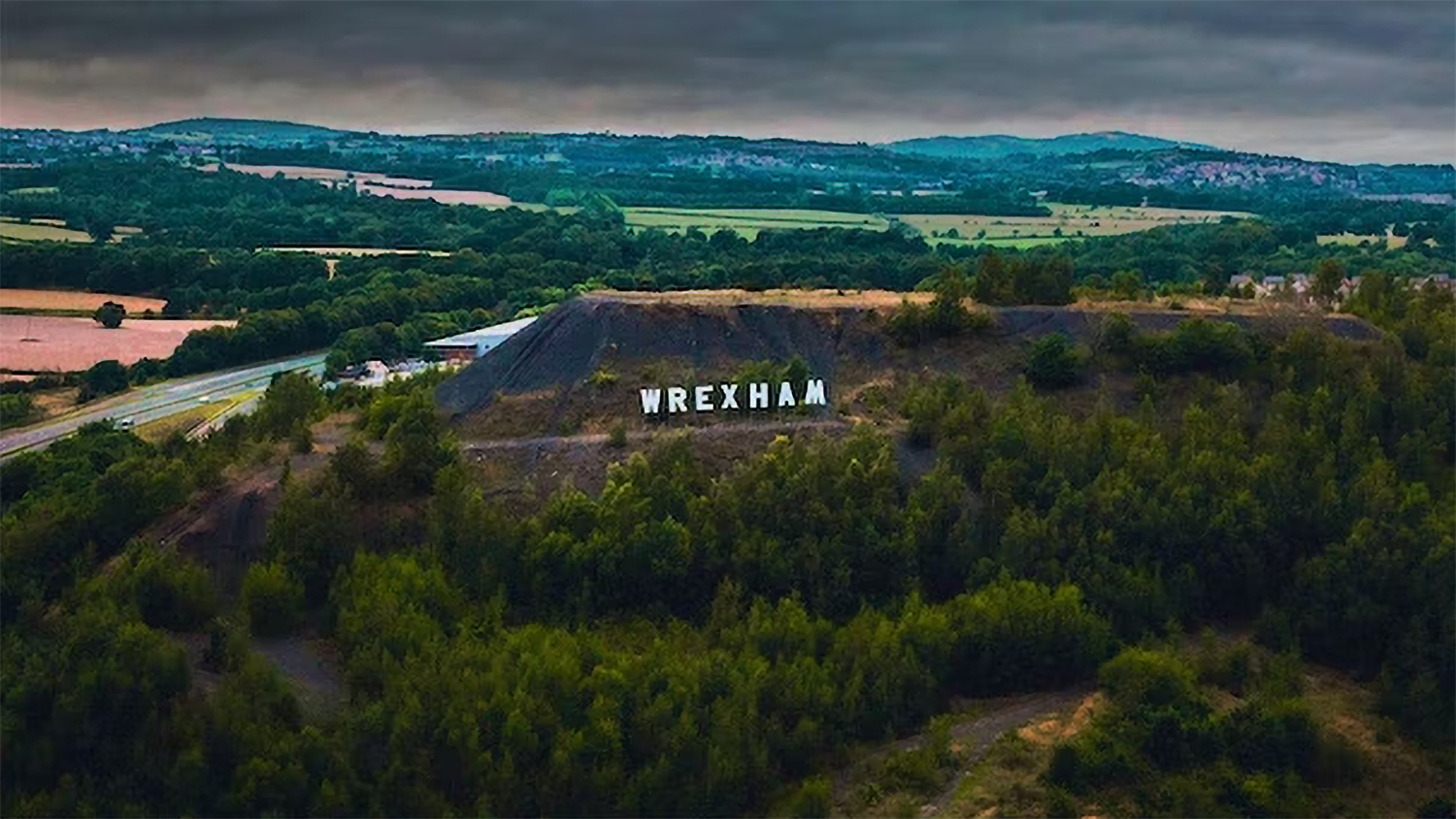 As the new season approached with the Vanarama National League returning, they needed a show-stopping spectacle that would go reconnect fans and the wider population with the league’s magic. If they could remind England’s 18 million football fans that the new Vanarama National League season started on August 21, then they could help secure a reliable revenue stream for the league and its clubs.

With Hollywood stars Ryan Reynolds and Rob McElhenney taking over at Wrexham FC, the Vanarama National League’s longest-serving club, they saw the opportunity to create a blockbuster whodunnit that would grab the nation’s attention and get tongues wagging.

With the help of some Hollywood interest, a few tonnes of metal, and a slag heap in Wales, the Vanarama National League anonymously erected a 10-metre Hollywood-style sign that would spark a nationwide whodunnit.

They found a location on top of a large hill on the outskirts of Wrexham, visible from miles around and towering above the nearby motorway, and erected their sign saying ‘Wrexham’ in big capital letters. The gigantic metal structure was visible to anyone within a few miles, acting as a beacon for surrounding towns and driving excitement around football in Wrexham.

In the days before the big reveal, they added extra bits of tinseltown to keep the story going. Searchlights lit up the sign at night. Fake security guys kept tourists in check. And a Tripadvisor page promoted the latest Welsh attraction. Roving reporters were there every morning to investigate the latest developments and solve the mystery.

On day six, on the eve of the new season starting, they revealed a giant banner above the sign saying ‘Vanarama National League: season premiere August 21’. Reports from BBC Breakfast and ITV news were obliged to finish the story for their audiences, including the reminder about the start of the new season.

Despite zero media budget and a production budget of just £26,471, the campaign had a total reach of more than 570 million from places like The Times, Mail Online and Mashable. The mystery was debated on national radio. Local news dedicated much of their operation to find the culprit. And most importantly, the coverage included multiple reports from BBC Breakfast and ITV News, both of which covered the reveal moment live on breakfast TV.

The sign also drew in tourists from miles around. One local artist used the sign as the subject for his latest oil painting. The sign was featured by the BBC as part of their report on Wrexham’s bid for City of Culture 2025. And when Ryan Reynolds released his much-anticipated Wrexham FC documentary, the sign featured in several episodes.

Coverage was a crucial factor in success, but without fans coming through the turnstiles for the new Vanarama National League season, the sign would be nothing but a huge waste of metal.

From the very start of the 2021/22 season, the Vanarama National League thrived. The average match attendance across this season was 45% higher than pre-pandemic, comfortably setting a new league record since its inception in 1979.

This campaign was a winner at The Drum Awards for Out of Home 2022.