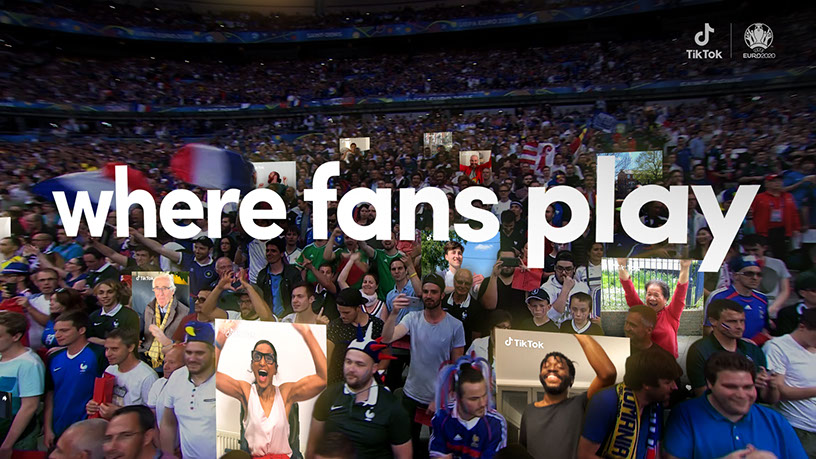 For TikTok’s EURO 2020 sponsorship, we wanted a campaign that would show the ever-growing social media giant was something for the masses and not just dancing teenagers.

‘Where Fans Play’ introduced a new creative positioning for the brand. At the heart of the campaign was a TV spot directed by Daniel Kaufman through Anonymous Content, which took legendary moments from the tournament and overlaid them with content from TikTok.

It also featured matchday idents directed by Ryan Staake through Riff Raff Films. They showed how the worlds of TikTok and football seamlessly collide together. Five separate 10” master idents were created, with 6” and 5” cutdowns, amounting to a total of 109 different versions produced for the 52 European broadcasters.

The campaign also included the activation of key sponsorship assets such as LED boards and giant screen content in stadiums, large-scale out-of-home placements in hero markets across Europe, and supporting content on social media to allow fans to create their own moments during the tournament.

‘Where Fans Play’ is now the creative positioning for all of TikTok’s sports sponsorship, featuring across work for the Africa Cup of Nations football tournament, and rugby’s 6 Nations men’s and women’s competitions.